by The Institute of Mental Health (University of Nottingham and Nottinghamshire Healthcare NHS Foundation Trust) | August 26, 2016 · 10:12 am 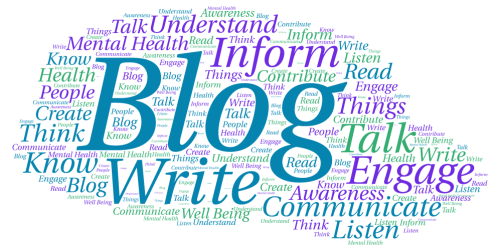 This year the blog has had over 6,830 views from 47 countries and we have you to thank! We would also like to thank our wonderful contributors who have allowed us to cover diverse topics such as prejudice in mental health, brain stimulation,  academic/creative writing, peer support, schizophrenia and the media , creative practise and many others.

We have no new content this week, but there’s plenty of fantastic posts from the last few years which we would invite you to browse through. As always we would welcome some new material so please do get in touch.

by The Institute of Mental Health (University of Nottingham and Nottinghamshire Healthcare NHS Foundation Trust) | August 12, 2016 · 9:30 am

Miguel Granja Espirito Santo -Does it work, or does it not? What to look for when considering ‘alternative’ therapies.

Typically, my point of view on the matter of alternative medicine or treatments, is pretty simple. If it has a prefix before medicine, it is not medicine. Medicine, is a science, and as a science it should be susceptible to intense scrutiny and review, open to change, and open for criticism. Many of the prefixed ‘Medicines’ do not pass this standard.

Many people with mental health issues are looking for new treatments, therapies or drugs, and during this search may come across things like hemp oil, colour therapy, aromatherapy, acupuncture and magnetotherapy (not to be confused with magnetic stimulation).

Sadly, not everyone has had the benefit of learning about empiricism, control groups, and placebo effects; nor is everyone aware of pseudo-science ‘wooisms’ that are aimed at tricking you into thinking that it is scientific.

This is probably the best question. Ask how it works, and if you get an arm-wavy, exoteric, angelic answer, it is probably something you should avoid. Also be aware of the ‘bait and switch’, where something may work for one tiny aspect, and practitioners will try to extended to everything. One interesting example is Yoga. Many practitioners make claim about the benefits for mind and body, and suggest that doing specific routines can heal your anxiety, or cure your depression.  However, any of the benefits that people have from doing yoga are exercise related and not yoga specific. This rose in a field of daisies  effect can also be seen in media coverage surrounding the Medicine Nobel Prize in 2015, where Artemisinin a traditional Chinese Medicine, was scientifically tested and found to be an effective anti-malaria compound. Despite the original compound being marketed quite differently and not originally considered to have anti-malarial properties, the finding of some effectiveness gave way to a barrage of vindication articles about alternative medicine.

Here’s a list of ‘alternative’ therapies and how they work. Notice that many of the explanations given are either based on some esoteric, mystical explanation, or on pseudo-science that defies logic:

2: Are the [insert treatment/therapy] results’ published in any reputable medical/psychological journal?

Many times alternative therapies only refer to old books, or in-house conducted studies. This is highly dubious because they are not peer-reviewed. Peer review is, perhaps, the most important ‘bullshit’ detector that there is in science; if the study or idea does not hold up to the scrutiny of academic peers then it is no good. Peer-review usually works by having experts in the field carefully read the contents of a report and identify any flaws in the experimental design, statistics and interpretation of results. The author will receive numerous comments on their manuscript to which they have to answer to the satisfaction of the reviewers.  This creates an exchange between the author and reviewers which aims to raise the scientific quality of the report. The author of said report may disagree with the comments of the reviewer and reply with added evidence in the manuscript. Or, they could simply just directly address the reviewer’s concerns by doing an extra experiment, or doing the data analysis a different way. A little caveat to this is, if you send a study about colour therapy to Journal of Alternative and Complementary Medicine, the peers reviewing it may have a vested interest in publishing the report, even if it does not survive the highest scientific standards. Therefore, extra care should be taken when reading about the results and interpretations.

3: Is the study for the [insert treatment/therapy] double blinded?

This is important! Having a controlled, double blind study, where both the researcher and/or subject are unaware of the experimental condition, is the gold standard of good science. If you cannot find research for the treatment, or the ‘expert’ cannot answer it is probably best just to ‘#forgetaboutit’.

An excellent example of the importance of the double blind design was highlighted in a study [1] published in the journal Nature. In this study it was found that white blood cells release histamine (which is very important for the immune system) when exposed to a very diluted solution of specific antibodies (1X10129 dilution factor, which technically it is not a solution because at this factor there would be no actual molecules of compound left ). This release was observed via microscopy and with staining techniques which change the colour of the cells, and allowed researchers to count those which had reacted to the solution. Sir John Maddox, then editor of the journal, published this article on the condition that Dr. Jacques Benveniste, open their lab for a close examination and allowed the study to be replicated [2]. Part of the team, and surprising everyone, was James Randi a professional magician, and master of all tricks, who was invited to detect any subterfuge. The team sent by Maddox accurately pointed out that, when counting the number of blood cells that supposedly reacted to the homeopathic solution, the experimenters were not appropriately blind to which condition they were counting for [2,3]. In the end of the counting, when they saw that the control group did not have an appropriate count, the experimenter thought ‘this is not right’ and would recount. This lead to an obvious experimental bias where the results that fit with the experimenters’ expectations were more likely to be accepted. Having found this, the investigating team asked the experimenters to repeat the study, using a stricter blind procedure:

One person codes the samples, these are given to another who is unaware of the initial coding and re-codes them again, then another experimenter does the counting.

The above procedure was the one mentioned in the study, but typically one person codes the samples or conditions, and gives to another experimenter who does not know code and s/he does the analysis. After repeating the statistics, no significant differences were found between blood cells which has been exposed to homeopathic solutions and those which had not.  This highlights the importance of the double blind procedure. Human brains are easily tricked into bias, and perceiving  patterns where they do not exist, therefore make sure you look for the double blind design.

Deciphering the science based treatments from those which are not can be tricky, particularly with the continuous arrival of new alternative therapies. However, these 3 questions are probably sufficient for you to start developing your own bullshit detector, and focus on those treatments that actually improve your well-being.

Miguel is a PhD student in Cognitive Neuroscience, and currently is working on Brain responses to body abnormalities. lpxmg4@nottingham.ac.uk